Happy are the feet... 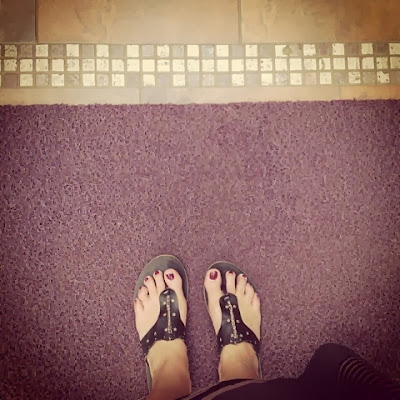 When I was younger, I had a thing about my feet -- more specifically about my toes. I inherited the "Bruton toes" which you can see above. This entails having a longer second toe than the big toe and oddly curving fourth toes that more or less lay on the side rather than standing at attention. It used to make me so self-conscious that I would not wear flip flops or sandals or anything that might possibly show those rebellious digits.

Last Saturday, I was able to break through my jet-lagged fog enough to admire these super cute Tanazanian sandals and have Rylie buy them for me (I have not carried a single bit of currency since I've been here which has been equal parts liberating and horrifying for this independent gal.)

After my internal 3 a.m. wake-up call early Wednesday a.m., I got ready for the day (my first day not wearing my "uniform" which was also equal parts thrilling and horrifying after appearing the first day and my uncle announcing, "You look like a missionary!"). I decided the day called for me to wear my new sandals.

The day got off to a later start which allowed for me to have some time to get online at The African Tulip and post a few things and generally catch up with the world back at home. What a blessing to be able to iMessage my family and FaceTime the children. It makes the absence easier to bear on both sides. 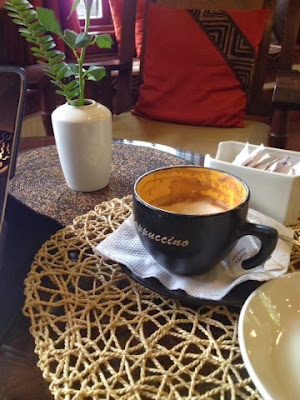 After Rylie and Joel picked me up, we headed out for the day. Our first stop was a new one for this year.  The Arusha Teacher's College is a private college that prepares students to be teachers in both the government and private schools in Tanzania. The two year program is attended by young people who ranges from 16-20 years old.

For $580 a year, they can live on campus and receive instruction in multiple subjects. When they receive their certificate, and if they choose to work for the government, they are sent anywhere they are needed in whatever subject is needed. As you can imagine, this can be problematic when so many of the bigger needs are in the poor rural areas with few resources and even lower pay.

Our first order of the day was to speak with a few of the "tutors" at the college. They shared with us about their program and how teachers in Tanzania are trained and what they face in their career. A new teacher can expect to make about $180 per month. They are usually given teacher's manuals for their classes (usually); however, if they are given textbooks for their pupils, they are usually to be shared with 3-4 students or more. Often, there are only a handful of student textbooks for up to 70 students.

One of the tutors wiped tears of frustration from his eyes as he talked about the struggle to educate the future generations of Tanzania with such meager support from his government. It was painful to see.

Afterwards, we were taken to a classroom to speak with about 20 candidates for graduation in the Spring. These young people (and some looked so very young) told us about their fears for their future profession and asked how we could help them be better prepared for their chosen career. They know they are signing on for a difficult life. They long to affect change in their culture -- to give the younger people hope and a better education and life than has been made available. 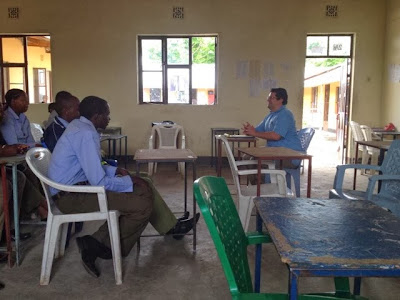 The need is great and we so desperately want to meet this challenge. As we left the college, we talked about the "ocean of need" in this country. I recalled my dad saying many times that we all have our bucket and we all do our part to bring relief.

Next up was checking in on the shelves for Maranatha which were built within 24 hours and amazingly, so were our bookends!

As the call to prayer began from the loudspeaker at the nearby mosque, we paid for everything and then the shelves were loaded up and driven to Maranatha to the delight of the principal. 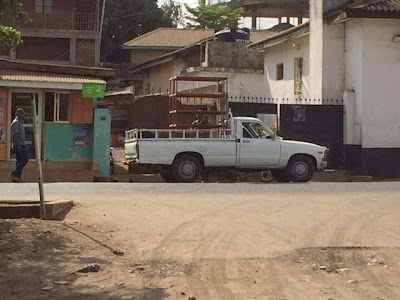 As they were unloaded, I met a welcoming party of neighborhood boys who practiced their high fives with me and whom I entertained with TapTap Revenge on my iPhone -- the great friend maker worldwide. 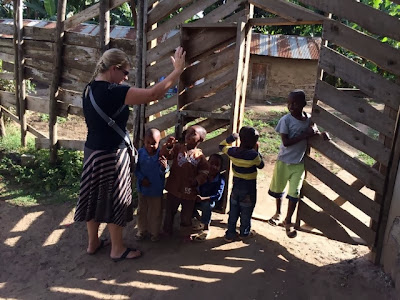 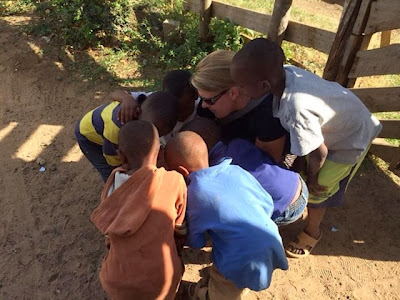 At one point, I saw one of the little boys in our circle glance down at my foot. He stared at it. Immediately I thought, "ugh...he probably is  grossed out by my freaky toes." As he continued to gaze at it, he a very tenderly reached down and took away a small pebble that had made it's way between my two big toes away and brushed away the dirt. The little kindness almost undid me.

We waved goodbye and bumped back down the rutted dirt lane and then back towards "home" which is how I've started to think of this place and this apartment we are staying in.

Over a surprisingly delectable dinner of Chinese Food (we are eating so internationally here!) 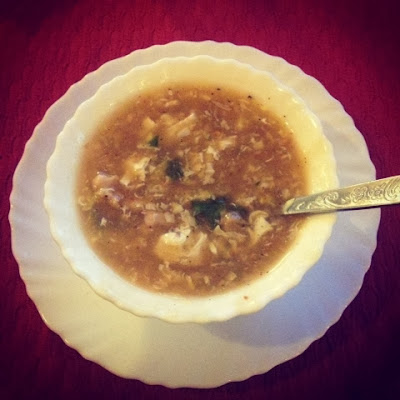 and the best Hot and Sour Soup I've ever had, we debriefed another long but fulfiling day and dreamed about how we could expand Character 101 to bring more help to a country so in need of educational support.

If I think about it too much (as I have already done), it can be disheartening to think of the small beginings we are in with the organization. I know that we all wish that we could be more...do more...offer more.

Yet, I also know that it is wise not to scorn small beginnings for they are often the making of big opportunities. Because when you don't have much to lose, it means that you have everything to gain.

Arriving back at the apartment, I took off my sandals and rinsed the day's grime off of my feet and wiped the dust away from my sandals. No longer new, the soles had begun to form ridges and grooves in the leather from the form of my feet.

Happy feet indeed, for they had spent the day bringing very Good News.