When It All Sounds Good in Theory... 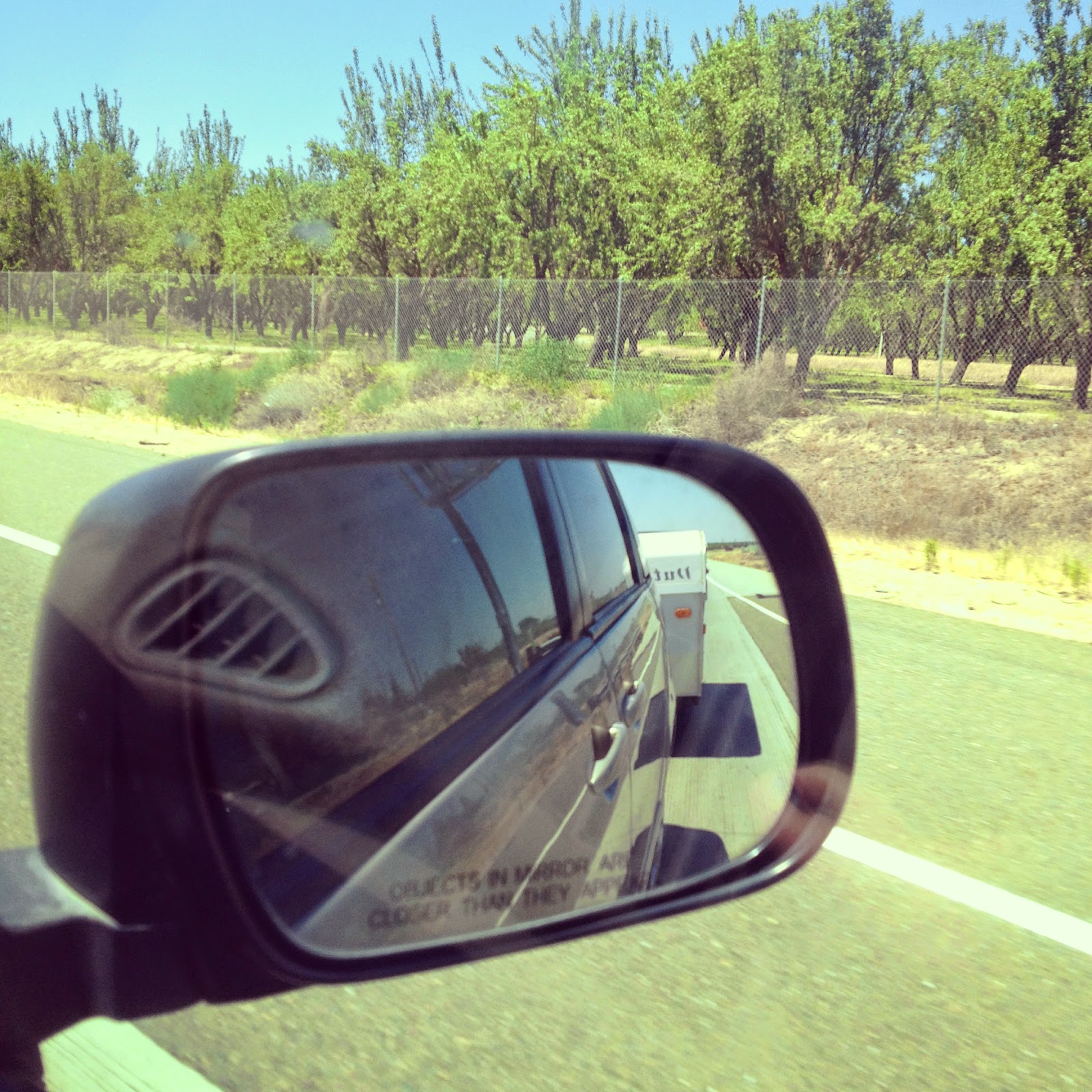 *I wrote the words below in the middle of the night almost two weeks ago, intending to chronicle the move out of our house and "epic summer adventure" for posterity. But unfortunately, this was as far as I got sitting in front of Circle K before I spilled my coffee and had a 3 a.m. date with a friend.  Rather than delete it or let it sit in drafts, I think I'll publish it anyway. Enjoy.*

Sometimes it all sounds great in theory...but reality tells another tale.

I never want a repeat of it again.

I never want to move again.

I never want to simultaneously move out a house and move my stuff into storage, pack up and send off two kids for summer camp, pack up everyone for a three week camping adventure, and then take off 24 hours later for another state.

Definitely not doing that ever again.

It sounded good on paper. My morning journaling was loving the idea of being free of "stuff" for several weeks as we are in transition from one house to another. It sounded wild and free. It sounded bold and adventurous.

The reality is a lot more....disastrous. And that is why I am composing this post at 2:52 a.m. sitting in my van outside of a convenience store in a coastal town of the state north of mine.

I'm good to go on coffee, thanks to the only 24-hour store in the entire town, so I'll tell you how I got here.

I don't know how we did it, but we ended up getting 14 years worth of stuff, memories and cockroach poop out of our house and garage. Without the help of my family and a couple friend from church, we would have been toast. I thought I was prepared for the task.

We thought that we could trust the POD website that says that a 3-4 bedroom house can fit into their "largest size" POD of 16 feet.

We ended up renting a storage space that was BIGGER than the POD and we filled that too. And...we had already taken a bunch of stuff over my parent's house and filled up a good portion of their 3rd car garage space.

I never realized how much junk...I mean, stuff we have.

But we got it out and in and locked up. Eventually, I got my "moment" that I had been wanting where I could reflect on the years and memories of our little yellow house and shed a tear or two while pulling down some vinyl lettering off a wall that I wanted to save and take to the new house (providentially there was a random pane of glass in the garage just the right size). 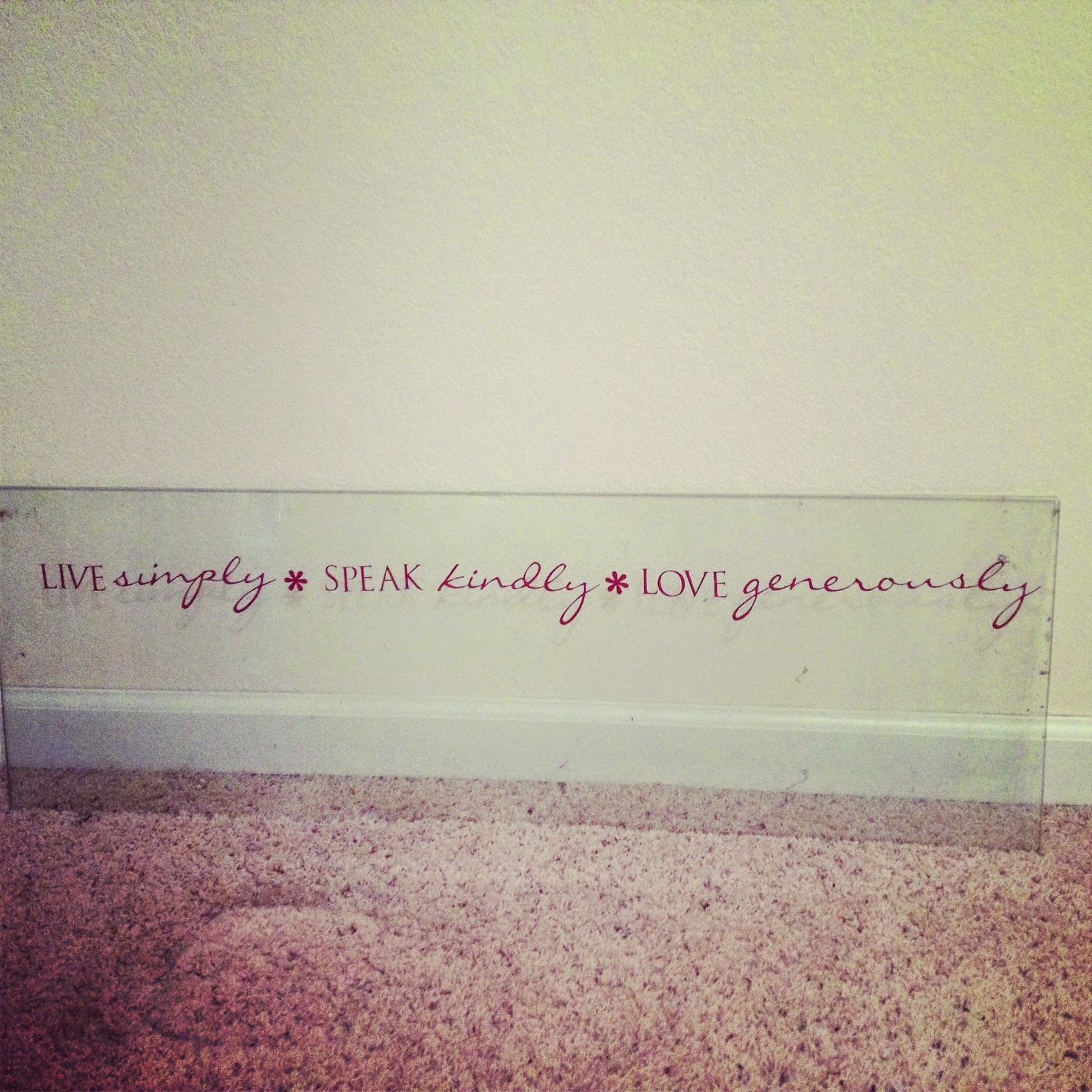 I also was able to revel in hearing the happy sounds of the new owners and their one-year-old in the other room while I did it. That was a God-kindness for sure.

And this would be the point where I spilled my coffee all over the floorboard of my van and by the time I cleaned it up, it was time to meet my friend Michelle on her couch (our tent trailer was parked outside of her place) at 3 a.m. Why 3 a.m.? Because she was leaving the next day for an extended weekend in Washington with family and our plans went very awry with van repairs and wiring repairs for break lights and of course we had to stop more often for gas hauling a tent trailer...also did I mention the very sllooooowww driving in the slooooooowww lane?

Did I mention I'm not a "slow lane" type of girl? As a result, we ended up straggling in at 1 a.m. and then not getting the tent trailer set up until almost 2:30 a.m.

Let's just say our first time setting it up was "a learning experience" where I got the sleeping zombied kids in it too early and they tipped it forward (oh yeah...bracing and jacks *are* important!). After they got settled in and were snoring logs, a good portion of the "wall" fell down exposing us all to the Oregon coast climate (which thankfully was fairly temperate). That repair almost send my poor hubby into fits.

So, 3 a.m. quickly turned to 4:30 a.m. and after retrieving a package that we had shipped to her house for a replacement vent cover for the tent trailer (yeah...we were the ones in a mini van towing a tent trailer up I-5 with the "top flapping"), it was time for her to get showered and ready for the road and me to get some sleep.

Yeah...that worked until about 6:30 a.m. when I couldn't bear the sound of traffic rattling and blowing the tent trailer parts and canvas as they flew by. Also, I just new a police officer was going to knock on the door and ask what the heck we were thinking and to move along.

Did I mention we had to set up literally right next to the street because the incline down to the perfect flat spot Michelle had figured out for us would never had withstood the scraping awfulness of our hitch down the driveway? (Instead we treated the neighbors to two horrifying minutes of high pitched squealing as we cranked the top of the trailer up.)

So, sleep was over for me at that point. I spent the morning going to Starbucks in a nearby grocery store, getting the van gassed up (three cheers for the state of Oregon who pays people to pump gas for you), reorganizing the van and cleaning out 13 hours of debris from our massive haul up through the top half of the state, into Oregon and then over to the west of the state. I journaled and read my Bible and was treated to a deer family parade. 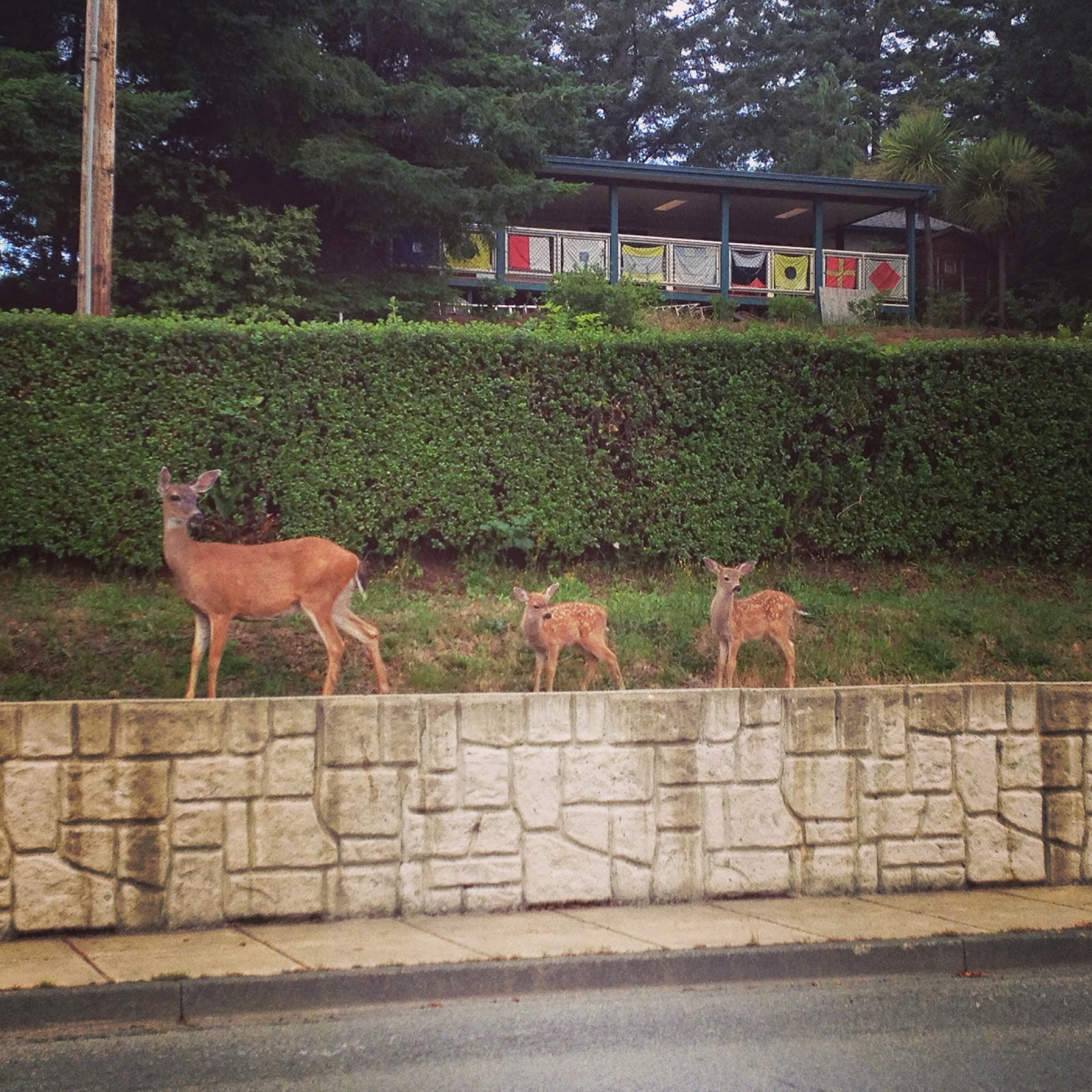 By 10 a.m., I had sorted all I could sort. I was tired. I was grumpy. By then I knew I was really sick (having had the fun sensation of feeling my sinus' literally close and build a wall of pressure in there as we climbed elevation in Northern California and into the Siskiyou Mountains.) From then on it was a war between constantly blowing my nose or wishing the pressure would relent a bit.

I quietly suggested that my family get up so we could get on the road...or maybe loudly insisted and waved chocolate covered donuts around to bring the point home. Everyone staggered inside Michelle's house to do morning type stuff. We got dressed. We took down the tent trailer and loaded up (yeah, that took an hour to do what took me 15 seconds to type...rest assured, we did get better at it.) and headed out for Portland.