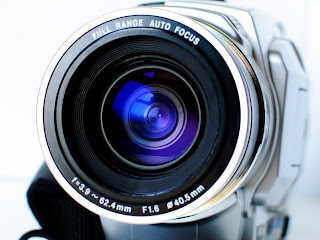 The concept of faith is a tricky one.

The idea of blindly putting my trust in someone or something, knowing I have zero control -- well, that can be difficult.

Maybe it's because it runs counter to the good ol' American philosophy of not being beholdin' to anyone. Or, it could be that making things happen by our own efforts and the sheer will of pulling up on those boot straps, is ingrained in us from a young age. Whatever the reason, surrendering control can be a painful pill to swallow.

I re-learned this lesson in a major way recently. (And I say re-learn because even though I believe that God will "work all things together for my good," the practical application often tests that belief.)

It all started with a tanzanite ring.

My husband of 11 years wisely heeded my hints (okay straight out blatant requests) to buy a particular tanzanite ring that I had my heart set upon at Zales. It was just what I had been looking for since returning from a trip of a lifetime to Tanzania. I had reasoned my way out of purchasing one of the gorgeous indigenous stones due to the cost. But after being back in the States, I regretted not making the purchase. Hence the ring at Zales. It was perfect. The right size. The right setting. And, most importantly, the right price -- on clearance with an additional markdown. It was irresistable.

Having just missed the super sale by one day, my darling spouse stalked the store and website until it came back on sale -- knowing that doing so would not only please my eye, but my frugal nature. He presented me with my ring of dreams for my birthday.

So, weeks later as I perused his annual birthday/Christmas list, my eyes caught on an item that had been there for three consecutive years: a wide-angle lens for his Canon Rebel. It had remained on the list solely because of its cost. Years before, I had done a quick search and found they were about $450. Which was a lot more than we could afford. The holidays are a rough time financially for us -- Christmas gifts for the kids and family, medical insurance deductibles, van registration, our anniversary...something always demanded an extra cash.

But this year, as I gazed at my cherished ring, I wanted to be extravagant. I wanted the "wow factor." So I went looking again and found that the lens was now discontinued -- and therefore harder to find and more expensive than before. However, in a stroke of genius, I decided to try EBay and found one for $200. I hesistated, but finally bid -- only to just lose the auction.

A few days later, I found another for the same price. It was in mint condition -- hardly used -- and came with the original box and packaging. I quickly put in my bid (and a back-up bid) and nervously watched the auction the next few days until....victory!! The lens was mine for $200!

When Christmas Day came, I was just as excited (if not more) when my husband opened up my gift. He was so shocked and ecstatic. I encouraged him to try it out and make sure it was working correctly so that we could return it within the return window if necessary.

Days went by and the lens worked great, and then it didn't. Then it worked great again, and then didn't. Once my husband realized that he couldn't make it work, he decided he needed to return it. Unfortunately he decided this after the return window was closed and attempts to contact and dialogue about the problem with the seller had gone from bad to worse to non-existent.

Even more unfortunate was the particularly heated "discussion" that broke out one night as we were putting away the dishes. I "discussed" his tendencies to disregard the informational gems I offer him, his urge to proscrastinate, as well as the terrible waste of a perfectly good $200. He "discussed" my propensity to buy from questionable vendors and convey avalanches of information -- making it hard to find those "gems." It quickly became nothing to do about the lens, but everything to do with our annoyance with each other's idiosyncracies. Tempers flared. Harsh words were spoken. Tears were shed.

And then a moment of clarity: $200 was not worth this terrible feeling of separation. After all, it was not him versus me. We're supposed to be on the same team. We were supposed to have each other's backs -- not be thrusting knives into them. We would gladly give up claim to that $200 over feeling this way towards each other.

And so, just like that, I let it go --which is no easy task for someone who struggles with wanting to be right and is a super frugal freak. But I just knew I couldn't hold onto it. And, as I loaded up the dishwasher, I felt an indescribable peace. I prayed for guidance and Divine wisdom, and I let God have control of the mess.

A few days later, I called our credit card company, and discovered that the lens purchase didn't qualify for buyer's protection. I just shrugged my shoulders. A few days after that, I opened up a dispute on PayPal. I really didn't expect anything.

A few days went by and then I received an email -- letting me know that PayPal had found in our favor and had fully refunded our money.

I was stunned. There it was. $200 back in our account. And, there was the broken lens sitting on our dining room table. After a few days more, we had an idea and contacted the lens company about the problem. We were told we could send it in for an evaluation for repair. Imagine our surprise when a week later, we were told it would take a $12 part from Japan to fix the lens, plus labor and shipping.

Lesson learned about letting go of things that are uncontrollable: priceless.

It all came full circle a few hours ago. I had one of those surreal moments as I heard the joyous laughter of my kids at play, and saw my husband pull out his "new" $102 discontinued lens to capture it all.

And this moment that was so perfectly beautiful was made all the more so because it was viewed through my own inner lens -- thankfully cleaned of the grime of self and pride, and once again restored to clarity.