ADHD is Not Going to Win... 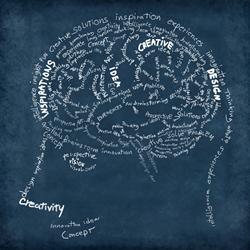 It's been awhile since I posted.

One of my most recent posts was "Switchback Life" where I wrote about the journey that we were undertaking in getting our second daughter diagnosed for suspected ADHD or Dyslexia.

At that time, it seemed like a truly insurmountable task, but I knew that it was a journey that I needed to embark upon and with haste. So, I summoned up my inner Mama Bear and and waded through the morass of figuring out where we should go and how much it would cost us, etc.

Surprisingly, after all my prevaricating and procrastinating, it only took two phone calls, a Google search and a post on a Facebook group wall. Armed with a few names of local neuro-psychologists who were deemed "amazing," I called our insurance and was told that while our health insurance didn't cover testing, the mental health component of it did. So, I called them next and was given two names/choices and told that we had 48 visits per calendar year at $10 per visit.

Thankfully one of my top choices was on that very short list.

Dr. Bradley Schuyler of Brain Power Learning Institute is the neuro-psych whom we chose. Since he is a popular, busy doctor, when I called to make an appointment, I had to schedule two months out to get his first available -- which was an appointment only for me and my husband. We also were given four consecutive weekly appointments for Hadley to do assessments. We were sent a large packet of assessment paperwork and were asked to give our opinion on her physical/mental/learning history.

As we worked through the large packet, it became apparent to us that we were on track as we answered questions about impulse-control issues, hyperactivity and concentration issues. Somehow seeing so many  of the things she has struggled with on paper made me feel like we were headed somewhere where people understood where we were coming from.

Two months later, we walked into the office with our hefty packet and handed it over to the receptionist and waited our turn to meet with Dr. Schuyler. As I sat there nervously anticipated getting started on the process of getting answers and help for our girl, I looked around the waiting room and took it all in...


...the mom pulling her son backwards in the line and whispering not quite softly enough, "personal space!"

...the small child tap, tap, tapping his feet and then dancing around with energy just aching to burst forth and the mom's weary, "settle DOWN!"

...the young teenager talking about why she didn't remember to bring something home from school and her irritated mom reciting for the umpteenth time I'm sure, "if you can't be responsible, then you won't be given privileges!!"


It felt all too familiar....but at the same time while it was sad to see some of those same things we've dealt with, it was also oddly comforting to be in a place where our child fit in and was not the "odd ball." Here everyone would have "issues," and that was okay because we would be working together towards a solution.

We were called back by Dr. Schuyler, who had read our assessment packet. We shared our concerns with him and he talked to us about his experience and work in the field of neuropsychology. I really liked him and his candor. He is very down to earth. And I felt like he understood our feelings as parents, having two children his own family with ADHD.

He told us that Hadley would be taking one or two computer based tests that would show whether she had ADHD or not. Sometimes one (the "IVA") is enough to indicate ADHD and sometimes the other (the "TOVA") is needed to confirm. They both test in similar but different ways.

Week one came and Hadley took the IVA. We were told to prep her by telling her that she would be taking the "most boring test in the world," but to do her absolute best so that it would be accurate. Then Dr. Schuyler met with Hadley to do some assessments. Afterwards, we talked and he felt like she didn't give the test her best shot. So, we would come back on week two and take the TOVA.

After our second appointment, after Hadley took the TOVA and Dr. Schuyler did a few more tests and evaluation, she was diagnosed with ADHD.

After all the trauma I have felt about my baby being "damaged" or "different" and my own feelings of guilt and self-doubt, I was surprised at the emotion I felt when he gave his diagnosis:

Now, at least, we had a name. We had a "something" to research and Google and work with and battle and accept, but hope to change.

Now the "something" that was different about our child had a shape and form.

In our first appointment with Dr. Schuyler, he had shared about where things are now for children with ADHD and what therapies work or not depending on the age of the child. He gave us some great handouts that he's created. And, after looking at all the options and weighing them, we decided to try medication...

...something that is undoubtedly very scary for parents and children alike, but what desperate parents hope can will be the magic panacea that snaps your child out of the world they are living in and into something that is easier and maybe even more "normal."

Dr. Schuyler faxed his medication and dosage recommendation over to our pediatrician who is the one who writes the prescription since she is the one qualified to do so.

And it's been a challenge and a blessing. I gave her the first pill too late on the first day and she was up at 1 a.m. with insomnia. There have been headaches and tummy aches and general tiredness. It's not easy to know what is "normal" and what is medication side-effects. I've been keeping a list with times/complaints.

However, reading a book seems markedly easier for her. Instead of refusing to read after the first few pages and stumbling over words, it's coming out smoother and quicker and books are being finished.

So, we are continuing the course, and tomorrow will be her first re-test with medication in her system. They will assess whether she is on the correct medication/dosage. I'm bringing in my list to share her complaints. They seem to have it down to a science (literally) with the testing to make sure children are not over-medicated ("Zombie Kids").

And once they have that figured out, there will be more assessing to see if she is like the other 80% of ADHD children who have a secondary processing disorder like dyslexia (which is often why children have historically been over-medicated because the ADHD is under control and now the secondary disorder is showing up with similar symptoms).

Overall, I feel confident that we are going to get the help we need here. And although medication is not our first choice of treatment, we are hopeful that as Hadley gets older and hits puberty, she will be able to depend less on medication and will be able to do more of the Brain Power's therapies/programs to "re-wire" her brain and hopefully be medication-free one day.

As I reflect back on the last few years, I can't help but marvel at this journey. I've learned that parents should trust their gut instincts about their children. If you suspect that something is wrong, something probably is wrong. I've also learned that trying to explain abnormalities/issues away as "just who they are" as a coping mechanism can sometimes just be denial. And finally, I've learned that just because my child has issues that need addressing, I don't need to internalize it, ignore it and pretend it's not there, make it a personal reflection of myself, or assume it has anything to do with her intelligence level.

More importantly, I've learned that neuropsychological issues are a genetic issue. My daughter was born with a beautifully-different brain -- as so many have (1 in 10 "they" say). She is not defective. She is just different. I will not fault her for being born with an underdeveloped pre-frontal lobe in her cerebral cortex, than I would with any other health disorder or disease like asthma or allergies.

I choose to fight for her health and wholeness. For a healthy self-esteem...that she would not feel "stupid" and "dumb" because reading is such a challenging chore that leaves us all exhausted and upset. I choose to help her moderate her impulsiveness and help her to not say or do things that will bring her or others pain.

I choose to look ADHD in the face and declare that it will not consume my beautiful daughter or her family.

And while it's not an easy journey, it's a worthy one.